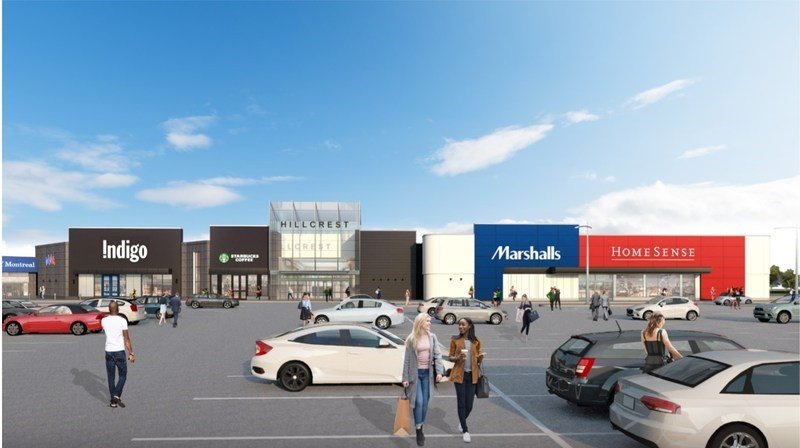 “We’re calling on all residents to donate new items to help survivors begin new lives,” says Lisa Resnic, marketing director. Donations will be accepted Sept. 22 to Oct. 5 at the centre court display and after that at the guest experience kiosk.

Visual artist Jessgo (Jessica Gorlicky) kicks off the donation drive with a live painting performance at Hillcrest’s ribbon-cutting ceremony on Sept. 18. Jessgo and DJ Carmelita will also usher in the SHERO campaign in partnership with Toronto Life to celebrate local female heroes.

Also this fall, Hillcrest will host coding corner workshops inside Old Navy to benefit the Boys and Girls Club. Visitors aged five to 10 years can sign up in advance and participate alongside club members to learn skills in coding, video game design and problem-solving.

Hillcrest’s transformation began in 2015 with the expansion of Hudson’s Bay, followed with the opening of its south wing in 2016. Last year, the centre upgraded its green footprint, improving its waste diversion rate by 85 per cent, installing electric-car charging stations and a rainwater cistern for irrigation.

Hillcrest is home to rooftop beehives, with more than 57,000 bees pollinating gardens within a five-kilometre radius to make Hillcrest Honey. Its newly-reconfigured north wing welcomes HomeSense/Marshalls on Sept. 18, Old Navy on Oct. 24 and Indigo in November. Newly-opened retailers include honey and Swarovski.

This year, the province is providing a total of $375 million in gas tax funding for 109 municipalities that deliver

Cruise and GM team up with Microsoft