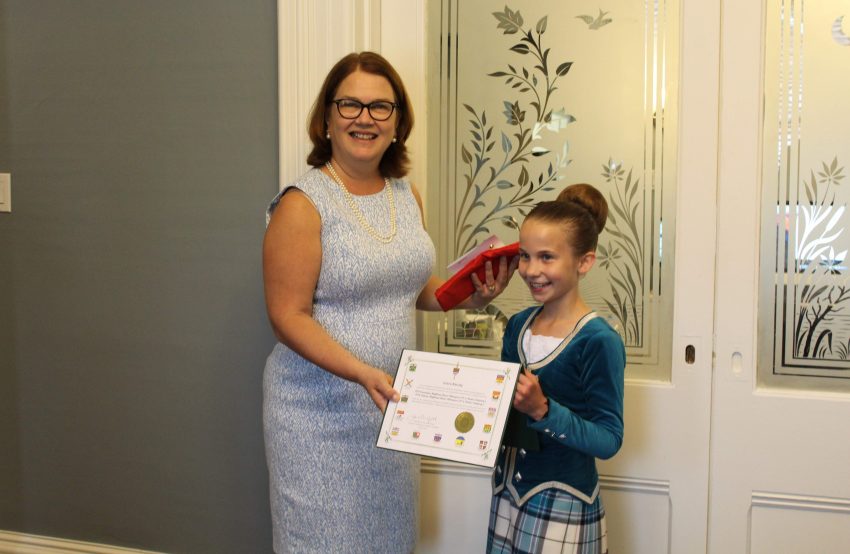 Grace Barclay knows a thing or two about dancing, especially Highland dancing. She’s been at it since she was two years old.

The seven years of experience has paid off. On June 2, she won an Ontario championship, then topped that off with a win at the Canadian championships. Both wins were within her age category.

Barclay has been fortunate to be dancing under the tutelage of Lisa Breck since she was a toddler. Breck was recently named the Highland Dance Association of Ontario teacher of the year.

Barclay dropped by local MP Jane Philpott’s office on Aug. 1 to demonstrate her dancing skills. Barclay and Breck both received recognition certificates from Philpott for their recent awards.