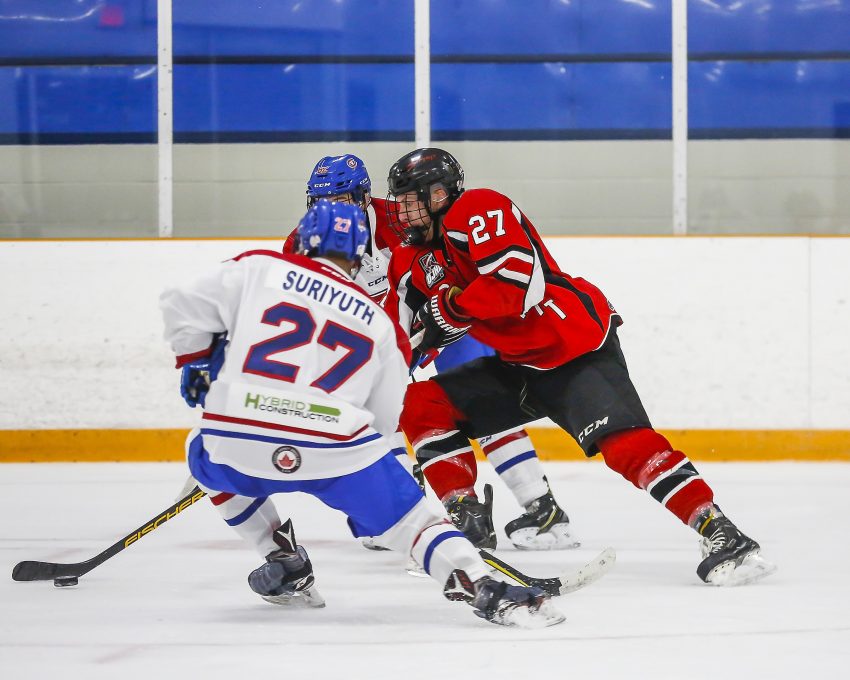 The Stouffville Spirit are chalking up victories and preparing a young, enthusiastic squad for seasons to come in the Ontario Junior Hockey League (OJHL).

The Spirit are led this season by captain and Stouffville native Connor May, the nephew of former NHLer Brad May.

Star forward Kosta Manikis is committed to an NCAA scholarship at Clarkson University in Potsdam, NY. The Richmond Hill resident is one of just four players in the 22-team OJHL on the NHL Draft watch list. The draft is scheduled for June at Vancouver.

Rookie defenceman Ian Lemieux recently committed to the Saginaw Spirit of the Ontario Hockey League. The Midland product will split the remainder of this season between the two Spirits.

“We have a young team that is now playing with confidence, maturity and enthusiasm,” Burrows said. “We think the community will enjoy their style of play and commitment.”

The annual Family Day matinee game, on Feb. 18, will be preceded by an alumni game, which will feature some of the best players in the Jr. A team’s 23-year history in Stouffville.

Photo: The Spirit are led this season by captain and Stouffville native Connor May (27). Ray MacAloney/OJHL Images photo