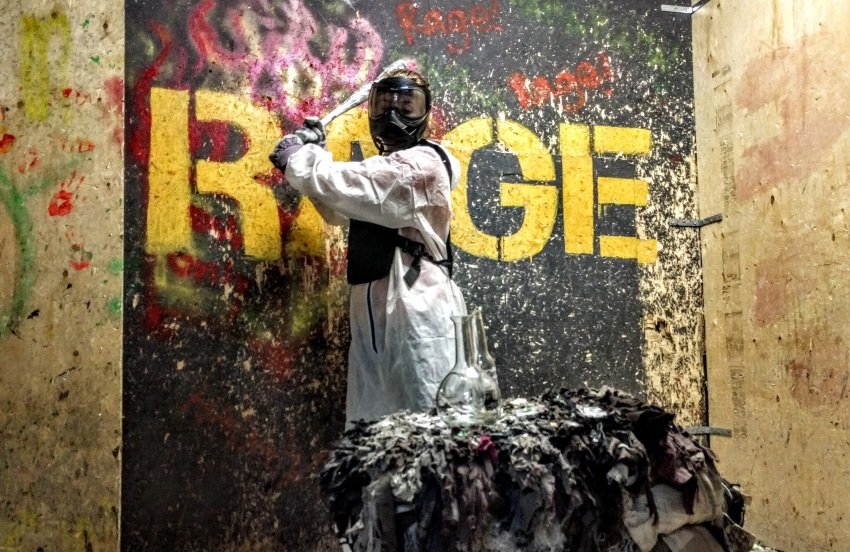 Smash your way through the summer heat at the Battle Sports Rage Room.

The Rage Room is an enclosed cubicle in which individuals are given the opportunity to express their emotions through the destruction of items. From keyboards to glass, this service offered by Battle Sports provides people with a unique way to relieve stress while having fun.

“When people get in there, they’re very gentle for the first 60 seconds, but after 60 seconds, it’s all about unleashing and being able to let go without being judged,” said Jimmy Cheung, Co-founder and Co-owner of Battle Sports.

Cheung added that the exercise taking place in the Rage Room also allows one’s body to release endorphins that help relieve stress. The concept of the Rage Room, however, was created when Battle Sports staff were doing renovations at the facility.

“When we first got to our facility, we knew that there was a lot of work to be done. Some of the renovations involved breaking walls and such. We enjoyed doing it and thought that other people might enjoy it too, so that’s how the idea of a rage room was created.”

Battle Sports offers additional services for families, such as archery, archery dodgeball and Nerf games that include over 350 Nerf guns, inflatables and foam armoury. The recreation facility has also recently been featured in an episode of the CBC reality show Dragons’ Den. With Battle Sports’ services, particularly the Rage Room, Cheung said he hopes to encourage physical activity through a fun and safe platform.