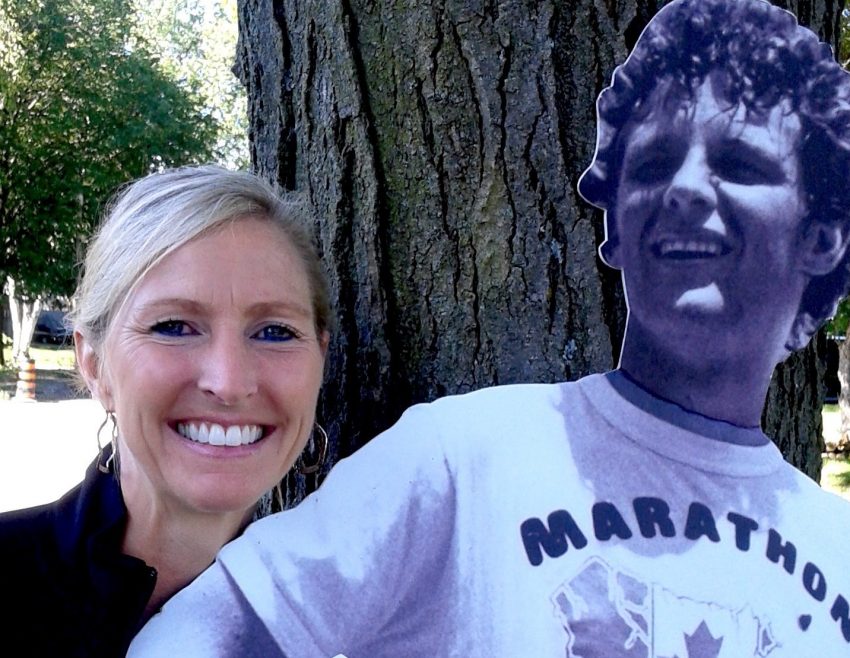 Before the Terry Fox Run returns to Stouffville on Sept. 16, you can show your support and have fun at the same time.

In advance of the run, look for the life-size Terry Fox cut-out around Stouffville. The location will be posted on Instagram. Share your selfies with Terry, tagging them #whodoyourunforstouffville and follow Instagram at @terryfoxstouffville. You could win pizza for a year (one pie per month) from Boston Pizza.

The Stouffville Boston Pizza will host a Terry Fox celebrity server night on Sept. 10. A portion of all sales that evening will be donated to the run. Representatives from the run will be on hand to drum up support for the event.

“We appreciate the support from Boston Pizza,” said run chair Stacey FitzPatrick. “We hope people will come out to the restaurant, have a good time and support cancer research. It should be a fun evening.”

This year’s run begins at 1 p.m. at Stouffville Memorial Park. Registration starts at noon in Latcham Hall, in the park. You can walk, cycle, run or rollerblade the two- or five-kilometre routes through southeastern Stouffville. Participants are encouraged to pre-register at: terryfox.org/run/

Live music will be featured in the park as well as along the route. Stouffville Spirit Jr. A hockey players will staff refreshment stops along the route. Enjoy the snacks and drinks donated by area businesses.

“Seeing all those survivors in their red shirts approach the stage to begin our run every September makes it all so worthwhile,” said FitzPatrick. “It’s why we’re all in Memorial Park for the day. If you are a survivor or know of one, we want to honour them.”

Stouffville businesses, service clubs, churches and families are encouraged to enter a team. Teams receive special recognition during the event and they can pre-order Terry Fox t-shirts with their team name printed on them.

“Big or small, we love teams,” said FitzPatrick. “It’s especially cool when they challenge other teams to take part. It makes for a fun afternoon of team-building for a very worthy cause, all in our hometown.”

Photo: Cindy McNeil of the Stouffville Terry Fox Run with the Terry cut-out in Memorial Park.