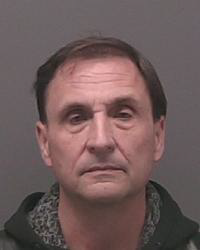 On Dec. 14, police began an investigation into a historical sexual assault after a now-adult victim came forward with information regarding an incident that occurred when he was a young child. Through the investigation, officers took over additional incidents that had been reported to the Niagara Regional Police Service, which occurred in the Port Colborne area in 2017.

On Dec. 20, the suspect was arrested. He has been charged with several offences. The accused resided in the City of Markham from 1991 to 2015 and had access to children in multiple areas of his life. He had been employed as a pastor at a church in North York and managed a Markham hockey team. There was also a home daycare operated out of his family residence in Markham. The accused also has ties to the areas of Montreal, as well as Rimbey, Alberta and Nova Scotia where he worked as a pastor. Investigators are releasing an image of the accused to ensure that there are no further victims.

The accused will be appearing in court at Newmarket on Jan. 18.

A sexual assault includes any non-consensual contact of a sexual nature. Police encourage anyone who feels they may have been a victim of a sexual assault to come forward and report the incident. There is no statute of limitations for sexual offences and offenders can be prosecuted well after the date of the offence. If someone is not ready to report and is seeking support, contact the Women’s Support Network womenssupportnetwork.ca; the Cedar Centre cedarcentre.ca or York Region Victim Services victimservices-york.org. Additional resources and information can also be found at yrp.ca/en/services/resources/sexualassaultsurvivorsguide.pdf.