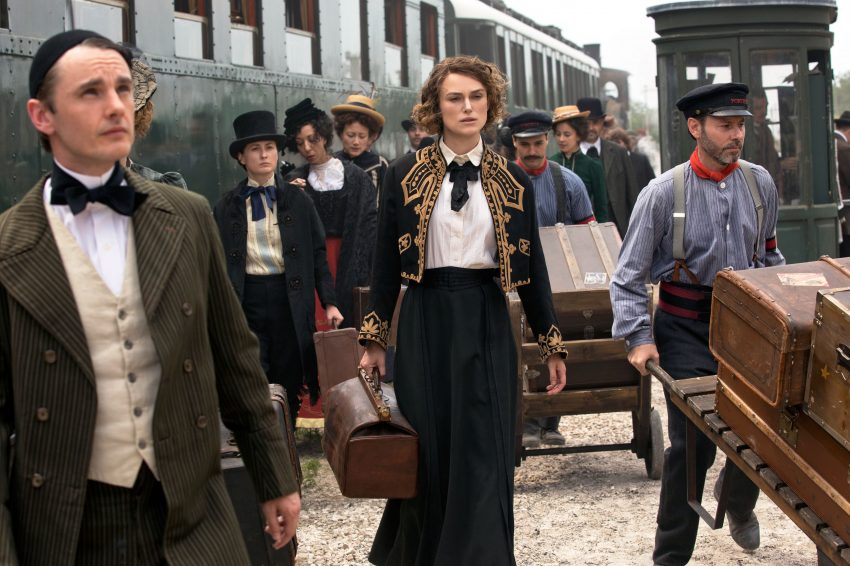 Tuesdays and Thursdays might become your new favourite days of the week.

Film Festival Gems – movies that have won awards at festivals like TIFF and Cannes – now now being offered by 19 on the Park every Tuesday. Each title will screen for two weeks in a row, so you don’t miss out.

On Jan. 8 and 15, it’s Kayak to Klemtu, a beautifully shot Canadian film about a 14-year-old girl who takes up her recently deceased uncle’s fight against a proposed pipeline. Concerned for the beautiful waters around her hometown in British Columbia, she sets off to kayak along the Inside Passage, along with her dysfunctional family. The film has won six film festival awards, including best lead and best-supporting actress at the Leo Awards.

For those who like a good documentary with some extra flair, McQueen is screening Jan. 22 and 29. It’s a rags-to-riches intimate look at Lee Alexander McQueen’s work and influence in the fashion industry. Nominated for best documentary at Hot Docs Festival, this is a film to be seen on the big screen.

If you prefer something a little less fringe, 19 on the Park is offering more blockbuster titles on Thursdays. Kiera Knightly stars in Colette on Jan. 10 and 17, bringing life to the story of a young woman who is pushed to write novels under her husband’s name. The books become quite successful and Colette fights to be known as their author, challenging the gender norms of her time.  Rotten Tomatoes gives this film a Tomatometer rating of 87.

On the same days, the film Smallfoot is offered for kids. A yeti named Migo sets out to prove to his tribe that a human known only as Small Foot actually exists. Some recognizable voices are behind these characters, including Channing Tatum and James Corden.

The screenings on Jan. 17 and 24 are not to be missed. For the adults, the legend of Queen comes alive in the critically acclaimed Bohemian Rhapsody – a must see for all music lovers. Kids will enjoy seeing a winter-appropriate movie when Norm of the North hits the big screen. Popcorn, from The Toronto Popcorn Company, and concessions are available.

Movies in Stouffville are Tuesdays and Thursdays. Titles and screening times are posted at 19onthepark.ca or call 905-640-2322 for more details.