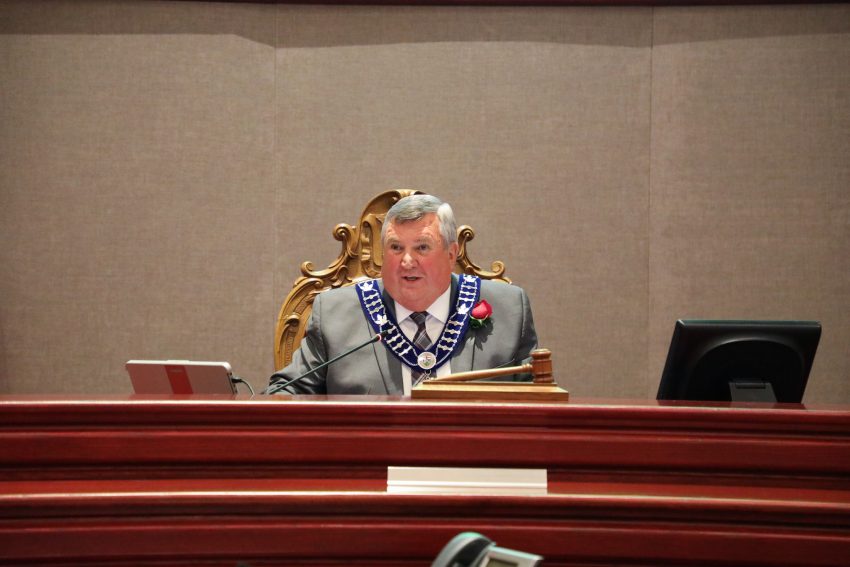 Wayne Emmerson will lead York Regional Council for a second term and promises to build on the successes of his first.

“It is an honour to be re-elected to a second term and thank you for entrusting me with this responsibility,” Chairman and CEO Wayne Emmerson said following a unanimous public vote at December 6’s inaugural council meeting.

“I am committed to working with each and every one of you to continue making our communities strong, safe and caring places to live, work, play and visit.”

Emmerson became York Region Chairman and CEO in 2014. Highlights of his first term include the opening of three stations of the TTC Line 1 subway extension into York – the first subway network outside the City of Toronto in 40 years.

Also under his watch, York Net was established as part of his commitment to offer stronger broadband. The Region achieved a 93 per cent diversion from landfill, approved the 2017 Development Char Bylaw with additional road construction added this year and developed a Seniors Strategy to support community’s aging population over the next 10 to 20 years.

In York Region, members of York Regional Council are elected in what is known as a “double direct” form of election. In this type of system, those elected as mayor or regional councillor for an area municipality earn a seat on both local and regional councils for four years.

The first 2019 regional council meeting takes place Dec. 31 at 9 .m. in the Council Chambers of the York Region Administrative Centre. You can listen live at York.ca/live.