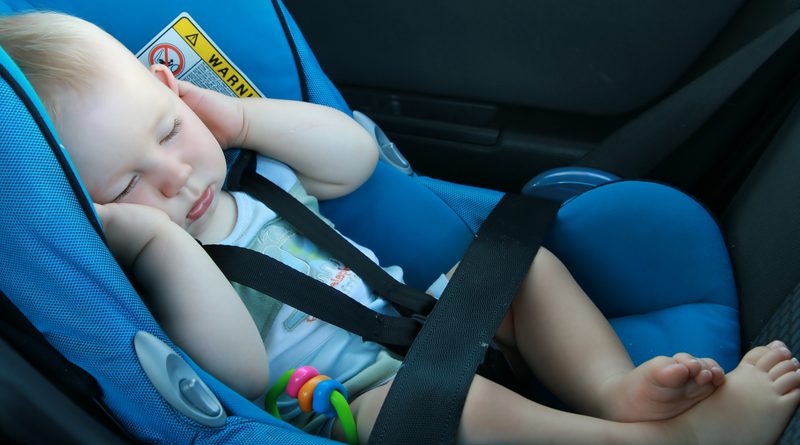 Hot, sunny days bring many potential dangers for children; these include serious health risks or even death as a result of being left unattended in a hot car.

In Canada, there has been no record of the incidence of child death due to overheating in a parked car to date. New research led by The Hospital for Sick Children (SickKids) and the University of Toronto is the first to report on this data, as well as to establish a guideline of strategies to help parents and caregivers avoid a possible tragedy. The study was published in Paediatrics & Child Health on July 16.

“Regardless of the exact mechanisms and circumstances that lead to these tragic incidents, experts believe that under the right circumstances, forgetting an infant or child in the back seat could happen to anyone,” says Dr. Joelene Huber, principal investigator of the study and Developmental Paediatrician at SickKids. “It’s important to be aware of potential pitfalls and set strategies and habits in place as reminders that can help prevent attention shifts and lapses in memory.”

According to San Jose State University, in the United States, child death as result of being left in a hot car occurs every year. The majority of cases (55 per cent) are believed to be due to a parent or caregiver unintentionally leaving their child behind because of stress, fatigue, or routine changes. Children climbing into unlocked vehicles make up 28 per cent of the cases, and 13 per cent of children are believed to be intentionally left in a hot car. Most of these children are aged three and younger.

To uncover the incidence of these kinds of cases in Canada, the researchers obtained data from all provincial and territorial coroners’ offices, and from online archived news articles. They found that since 2013, there have been six known cases of child deaths in parked hot cars in Canada – an average of one death per year. These occurred most commonly between the months of May to September.

“On a sunny day, the interior temperature of a vehicle can rise to dangerous levels within a short period of time. For example, an outside temperature of 22.2°C can result in an interior temperature above 40°C in just an hour,” says Huber, who is also an assistant professor in the Department of Paediatrics at the University of Toronto. “These temperatures are extremely dangerous and can lead to hyperthermia – a condition where the body temperature is elevated beyond normal. Young children are particularly susceptible to this and in developing a heatstroke as their bodies heat up quicker.”

Numerous hypotheses exist for why a potential tragedy becomes a reality. In popular culture, the term “Forgotten Baby Syndrome” is often used to explain why children get left behind in cars. In Canada, current laws that require all children aged 12 and under to sit in the backseat could also reduce the driver’s visibility or awareness of a quiet or sleeping child sitting in the back. Other hypotheses point to a fast-paced, modern society that could be responsible for parents and caregivers going into “autopilot mode”, and to experience lapses in memory and attention induced by stress.

“Incidents of paediatric deaths as result of being left in a hot vehicle are preventable,” Huber says. “In today’s high-speed world, increasing awareness about the dangers of leaving children unattended is particularly important to hopefully lead to a decrease in fatal occurrences.”

The researchers developed guidelines and strategies to help parents and caregivers keep their children safe. These include: