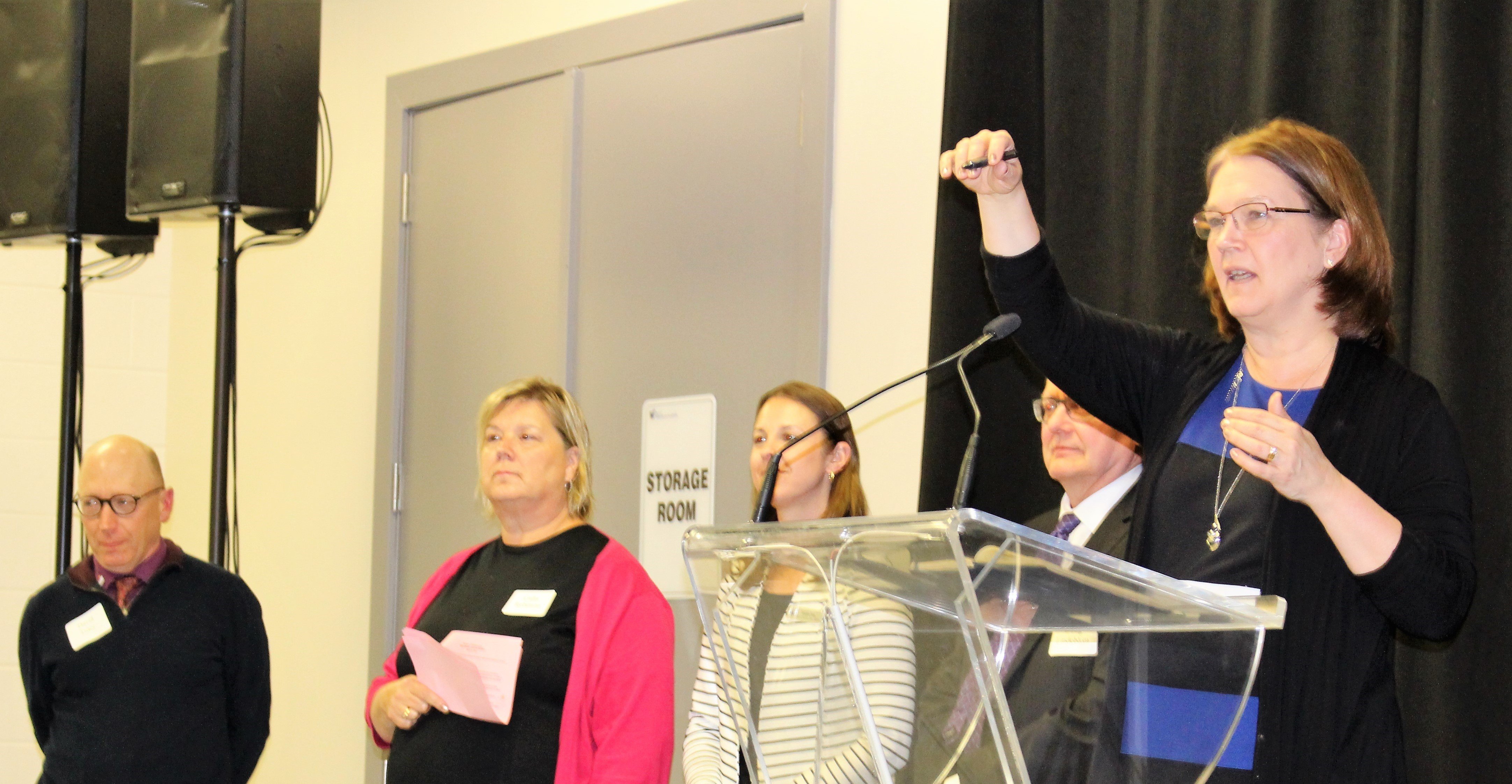 In Budget 2016, the federal government pledged $500 million to make it possible to connect 300 rural and remote communities by 2021. The Connect to Innovate program was established following extensive consultation with stakeholders and Internet service providers.

Last night the community gathered at a Town Hall with Hon. Jane Philpott, MP Markham-Stouffville and representatives from Planning and Economic Development York Region. Canadians need access to high -speed internet to fully participate, this is not under debate, but a few other things were at last night’s meeting.

Residents had lots of questions (and comments) following York Region’s presentation outlining the $18.5 million program. Ed McDougall (pictured), a local resident, asked the panel about the weight of the capital costs and if ‘dark fibre’ would be funded solely through tax dollars.

The response was yes, but also that there is some recovery of those funds and, over time, the region will look at full capital costs recovery.

Another resident highlighted infrastructure issues where driveways in rural areas can run 300 ft, making it difficult to provide internet due to capital costs. He also made the case for wireless, something that dominated the discussions as did white space technology. 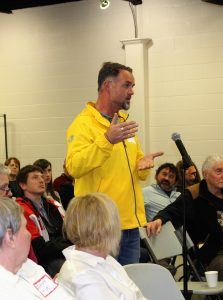 Iain Lovatt, Ward 5 Councillor (pictured) pushed the case for white space technology further – pointing to examples of rural areas in the U.S. already using it. He argued that the future is in wireless making cable the less desirable option with infrastructure issues that would have rural and remote areas waiting two years for internet access.

MP Philpott supported the idea of sharing ideas with other communities, in order to make the process as equitable as possible, pointing out that representatives from Durham were present.

Another resident asked what Industry Canada would do to protect smaller service providers, in the face of companies like Vianet, who are already active in the area.

The bottom line was that it’s all about setting up an optic dark fibre network so that private sector providers, like Vianet, can provide the service. Some places in the region are expensive to reach and the federal government is helping to hook up municipal facilities along the way.

York Region’s broadband strategy will direct the process, which has found 800 of 2000 recent survey respondents living in under served areas.

MP Philpott stressed that “we are going to solve this when we work together” and encouraged the community to “come forward with solutions” which they will then take to their counterparts.

She also informed everyone that Canadian Radio-television and Telecommunications (CRTC) are holding a public consultation and offered residents to use the internet in her office to take part, if they could not access it at home.