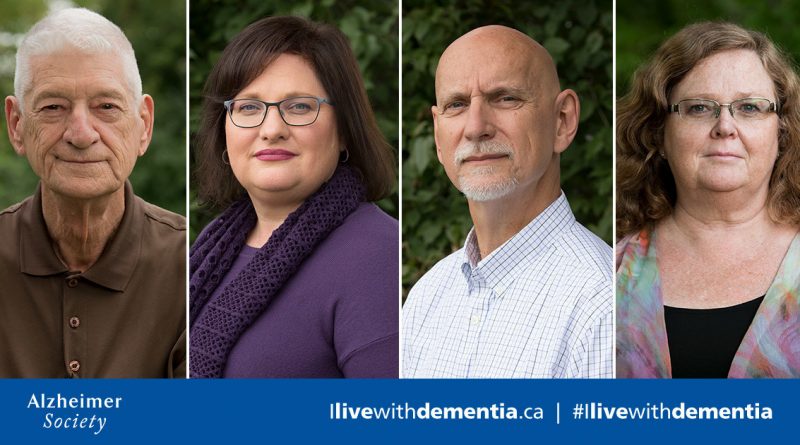 “Life has lots of bumps in the road. My dementia is just one of those bumps. You don’t give up anytime you run into a barrier.”

81-year-old Ron Robert is no stranger to dementia, he lost three siblings and an uncle to the disease. But when he was diagnosed three years ago, it still came as a shock. Once the reality of the news sunk in, however, Ron decided there was only one way forward: stay positive and get on with his life. After all, he had a bucket list that included such goals as going to university.

Having served as an advisor to former Prime Minister Pierre Elliot Trudeau, Ron enrolled in a political science course at Wilfrid Laurier University. It wasn’t easy at first. He had to work hard to keep up with his classmates, remember his way around the campus and concentrate on his assignments. But he finished the course with an A.

Ron is now studying ageism at King’s University College in London and completing a research paper on the benefits of education for people with dementia. When he’s not at school, he stays active both physically and socially, walking everywhere and spending time with his family. Ron is Métis and married to a member of the Oneida Nation of the Thames. They have three grown children.

There is much more to Ron than his disease and he has lots of life left to live.

That’s the premise of the Alzheimer Society’s continuing nationwide campaign: Yes, I live with dementia, let me help you understand. While there is no question that dementia is a challenging disease, it’s just one aspect of a person’s life story.

The campaign, which kicks into high gear on Jan. 7, during Alzheimer’s Awareness Month, showcases the unique and diverse stories of individuals from across the country living with Alzheimer’s or another form of dementia. The aim of the campaign is to change attitudes toward the disease and erase the stigma. Life continues after a diagnosis of dementia.

“We’re turning the conversation over to the experts,” says Pauline Tardif, Alzheimer Society of Canada CEO. “We believe sharing the stories of Canadians living with dementia will fuel a more open, supportive and inclusive dialogue around dementia and give confidence to others who have this disease to live their best lives.”

Research shows that stigma around dementia is rampant. In a survey commissioned by the Alzheimer Society last year, one in four Canadians said they would feel ashamed or embarrassed if they had dementia, while one in five admitted to using derogatory or stigmatizing language about dementia. While accepting a diagnosis of dementia is hard enough, it’s even harder to deal with reactions from others.

“You’re immediately labeled,” says 59-year-old Keith Barrett, who lives with young onset Alzheimer’s. Keith is the co-founder and director of a small Ottawa-based organization that provides supports to individuals with a variety of developmental and physical disabilities. He continues to work despite his diagnosis.

“My wife Robin and I didn’t sign up for this disease,” says Keith. “But when others spend so much time looking at you differently, they lose sight of the fact that we share the same life experiences as any other couple on the journey of life. We have good days and bad days. We don’t want to be treated differently. We want to feel accepted and make it acceptable to speak candidly about dementia. We need to look out for each other.”

In addition to helping Canadians better understand dementia, the campaign provides a platform for people like Keith and Ron to define who they are as individuals, rather than being defined by the disease.

Throughout January and the remainder of the year, Canadians are invited to visit the campaign’s dedicated website to read and watch the compelling stories of people getting on with their life in spite of dementia, get tips on how to help end stigma, test their own attitudes towards the disease and download other useful resources. To learn more and get involved, visit ilivewithdementia.ca.