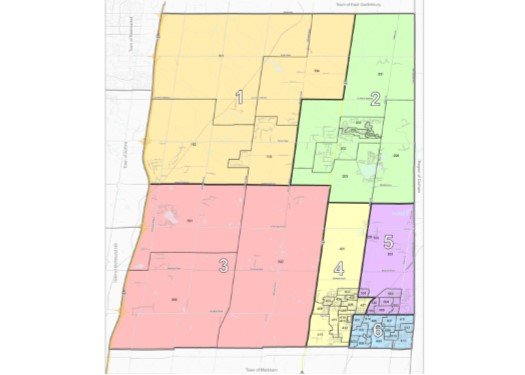 The Town of Whitchurch-Stouffville has begun a Ward Boundary Review to help voters achieve fair representation when they hit the polls in 2022.

“The Ward Boundary Review will be assessing whether the present wards within Whitchurch-Stouffville constitute an effective and equitable system of representation,” said Town Clerk Gillian Angus-Traill. “and, if we find they do not, proposed alternatives will be presented to Council for consideration. We are looking for fair representation for all voters.”

Whitchurch-Stouffville’s current system of representation consists of a seven-member Council, composed of a Mayor and six elected Councillors. Each councillor represents one ward.

The town has retained Watson & Associates Economists Ltd., in association with Dr. Robert J. Williams, to conduct the Review, which will provide an independent perspective to the project.

According to Angus-Traill, the review will consider specific principles such as “communities of interest and neighbourhoods,” including the unique rural/urban nature of the municipality. It is desirable to avoid fragmenting the traditional neighbourhoods and communities that exhibit consistent cultural, physical and social characteristics, she says, including the rural interests.

“To the extent possible, given the geography and varying population densities in Whitchurch-Stouffville, we need the review to take into consideration where people live,” Angus-Traill said. “Each ward must represent a fair portion of the municipality.”

During the last ward boundary review in 2009, the Town mandated that electoral ward boundaries be reviewed after every three municipal elections.

With substantial growth having occurred throughout the Town since then, it is highly possible that some wards have grown at a much faster population rate than others, she says.

The community will be asked for their input regarding the Ward Boundary Review through an online survey, which will be available to the public until September 14 at cometogetherws.ca/wards. Surveys will also be available at selected Town facilities. See the website for a list of these locations.

The town expects the final report will be ready for Council approval by early 2021.

More information about the Ward Boundary Review can be found at cometogetherws.ca/wards