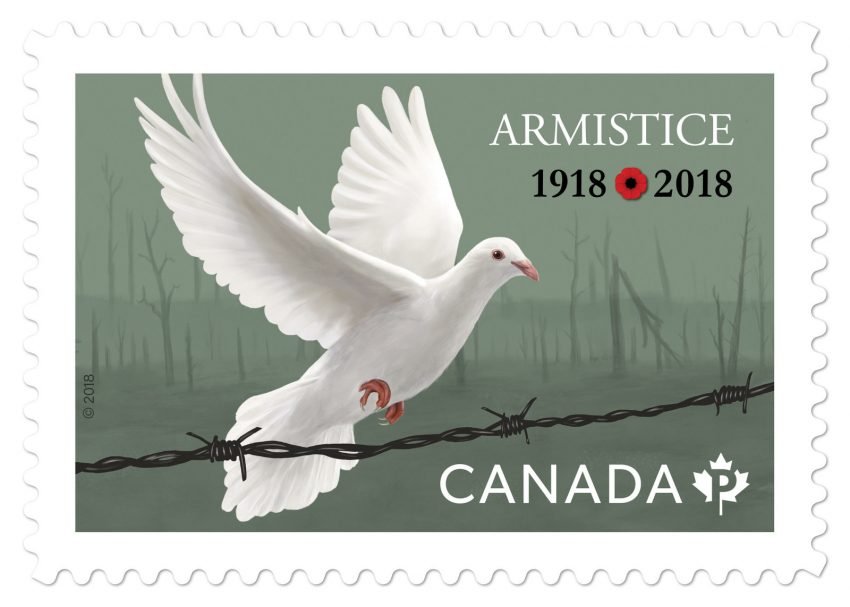 In memory of the 100th anniversary of the signing of the armistice that ended the fighting in the First World War, the Royal Canadian Legion Stouffville Branch, in partnership with the Town of Whitchurch-Stouffville, will ring the clock-tower bell 100 times on Remembrance Day.

The tribute is part of the Royal Canadian Legion Bells of Peace. At sunset on Nov. 11, the Parliament Hill carillon along with Legion branches, spiritual centres and many community locations across the country will ring their bells 100 times.

“Ringing the clock-tower bell will allow residents to stop, if only for a moment, to remember and feel the joy that peace brought after so many years of war,” says Bernie Bourgeois, Stouffville Legion Poppy Campaign chairman. The bell will begin to toll at 4:55 p.m. and will continue at five-second intervals. All are also welcome to attend a small ceremony that will accompany the tribute at the clock tower.

When news of the armistice broke, churches across Canada responded by spontaneously ringing their bells. Some 619,636 Canadians enlisted with the Canadian Expeditionary Force during the war and about 424,000 served overseas. Nearly 61,000 Canadians were killed and another 172,000 were wounded.

The Bells of Peace initiative is supported by Veterans Affairs Canada, The Canadian Armed Forces, Parks Canada and Canadian Cadets organizations. At the Ottawa launch event, held Oct. 24, Canada Post also unveiled its newest commemorative stamp, which marks the armistice with symbolic images of struggle, peace and remembrance: barbed wire, a dove and a poppy.

“As the bells toll, we will reflect on the Canadian Armed Forces members who continue to defend the peace and freedom we enjoy today, carrying on the tradition of those who have served so bravely since the First World War,” said Seamus O’Regan, veterans affairs minister. Bells will also ring in Mons, Belgium, the final town liberated by the Canadian Corps in 1918.