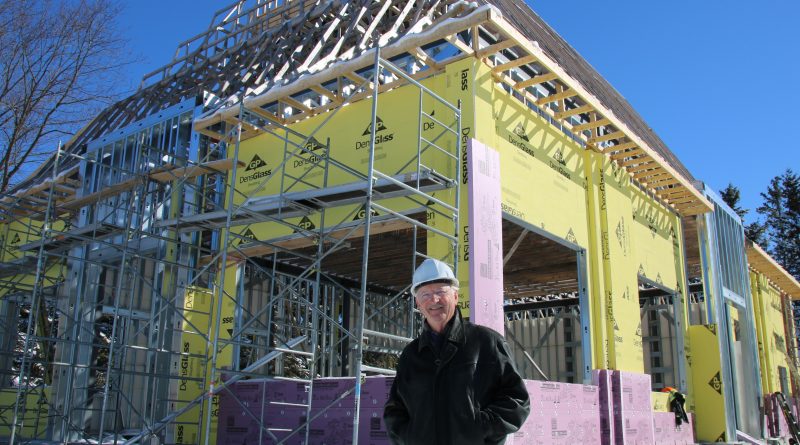 Ballantrae, along with Musselman’s Lake, may not be the centre of the universe. Even people in Stouffville talk about having to go ‘way up there.’ But the area, only five minutes from the main town, is quite literally the centre of Ward 2.

It is also a hub of development that aims to provide residents with pretty much everything they need without having to go ‘way down there’ to the Stouffville proper or east to Aurora/Newmarket.

The area has long been a good quiet hamlet to raise a family, get cheap gas or retire and enjoy many good golf games. The golf course, home to thousands of mostly seniors, boasts an excellent community centre in addition to the one in town and the hamlet’s school is a bustling place on weekdays. Add Musselman’s Lake and some seasonal shops like the restaurant and candy/ice cream store at Cedar Park, and you have the makings of a pretty good outing.

Ward 2 Councillor Maurice Smith points out that new development rising just north-east of the four corners and others will mean more business and residents will be coming to the area, and it’s just the kind of developments current residents have been asking for he says.

Part of that is new single-family and townhouses from Ballymore Homes on Hwy. 48 north of Aurora Rd. But the big change that has Smith excited is the Gates of

Ballantrae, a plaza that will host a coffee shop, an 8000 sq. ft. pharmacy, possibly a financial institution and hopefully a small upmarket grocery store according to Smith.

More importantly for families and seniors will be the office space above the stores that will be dedicated to medical services including a family doctor, dentist, physiotherapy and others who are in negotiation with property owner/managers.

New street lights along Aurora Rd. and advance green lights at the four corners will complement the corner as will new sidewalks going north to the plaza.

“Additional residential and this plaza, what they will do…is increase the tax base here in this area,” says Smith. That, he asserts, will lead to other sorely needed updates he has been pushing for, namely 24/7 fire and ambulance in Ballantrae.

Money to hire four firefighters and over $800,000 for renovation has been put in the 2019 budget for that purpose. Whether a full complement of firefighters and ambulance paramedics and their vehicles can squeeze into the current location or a built-out version or whether a bigger site is needed is being studied by a committee.

So, what else? Smith will tell you. Marvelling at the changes that he has seen over the years, he stresses important new infrastructure that is needed, not only in town but at Musselman’s Lake. He recollects, “Forty years ago this was just a dirt road along the bottom of the lake with a service station for boaters to get gas for their boats on the lake.” With old amenities gone and a paved, crumbling Ninth Line that is practically falling into the lake in places being heavily used by residents and thousands of day-tourists, this is an area that needs help.

“That’s infrastructure that needs to keep up with the times,” he says. Being a regional road, he is going to need the region onside to pay for that, and that’s just what he’s pushing for. Lakeshore Rd, stretching from Hwy. 48 eastward to the lake is a similar state, but under town control and work on that is in the offing for 2020.

While coy about other bigger projects, he does say there’s more to come. “Two other developers, are looking at significant residential development sites. These are major developers…both have their projects before town in the planning department. These are 3-5 years down the road projects.” Smith says they are within the approved planning zone. In other words, they’re likely to go ahead.

But every time development is discussed there tends to be a vocal group that doesn’t want change. How can Smith be confident the projects he’s fighting for are the right ones for the community?

He notes that much of what he discussed is rooted in need. Certainly, better roads and firefighters are bulletproof causes for a politician to champion, but every project he roots for, says Smith, he gets input and his mandate from the people of the community.

“I take a lot of pains to listen to people, to attend public forums where I can, emails that I read,” he concludes. “You have to listen. I spend more time doing that than talking I believe.”

One thought on “Ballantrae maturing into a full-service community says, Councillor Smith”

Stouffville residents aged 60 years and older will be heading to SoccerCity, not to kick a ball around but for