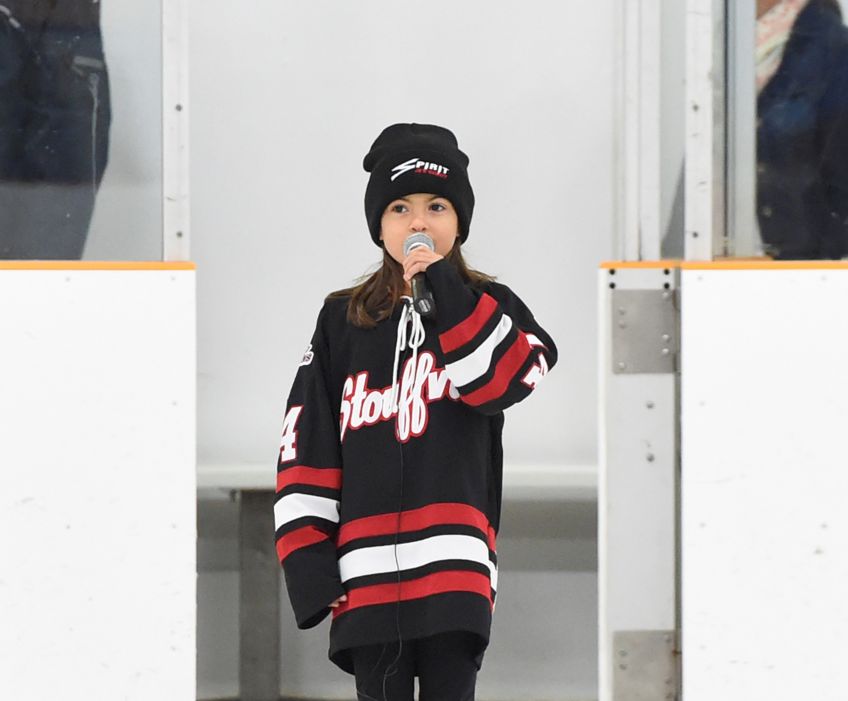 She’s the little girl with the big voice who kicks off Stouffville Spirit home games.

Sydnee Guglietti, 10, is a Grade 5 student at Summitview Public School on Main Street.

It’s her second season as anthem singer at Jr. A games at the Stouffville Arena.

Dressed in a Stouffville hockey jersey and tuque, she leads the crowd in O Canada.

Hockey runs in her family.

Cousin Joseph Blandisi of Markham is a top prospect in the New Jersey Devils’ system who tallied 17 points with the NHL team last season.

She has been a part of the Believers Choir at St. James Presbyterian Church in Stouffville for five years.

She has been taking piano lessons for four years.

Sydnee successfully auditioned for the York Region Children’s Chorus in December, and will begin that adventure in January.

She began taking musical theatre and vocal lessons at the Stouffville Academy of Music and Dance in September.

The Spirit hopes to be in the OJHL playoffs, which begin in early March.