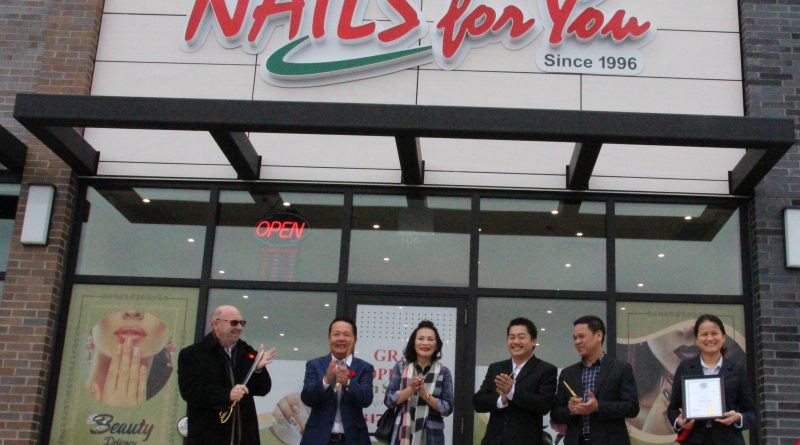 The property at the corner of Main St. and Mostar St., which is known to many as the Southwire property from past days, has been home to the Longos plaza for a couple of years and now includes more than a dozen businesses, including Goodlife Fitness, Sports Clips, Starbucks, Firehouse Subs and Rexalls. The latest franchise to open was Nails for You, one of over 100 such locations.

Stouffville is quickly becoming a must-go-to destination for national and international franchises, many of which are in the mostly-full Longos plaza. Other centres in town soon to be developed include, most notably, the SmartCentre lands adjacent to the current plaza which houses Walmart and Canadian Tire among others. It  also has plans for development where up to 1,000 residential units and 1,000 jobs will be contained within the conversion lands.

Photo: Nails for You has more than 100 locations, including its newest location which recently opened on Stouffville’s Main Street in the Longos plaza.