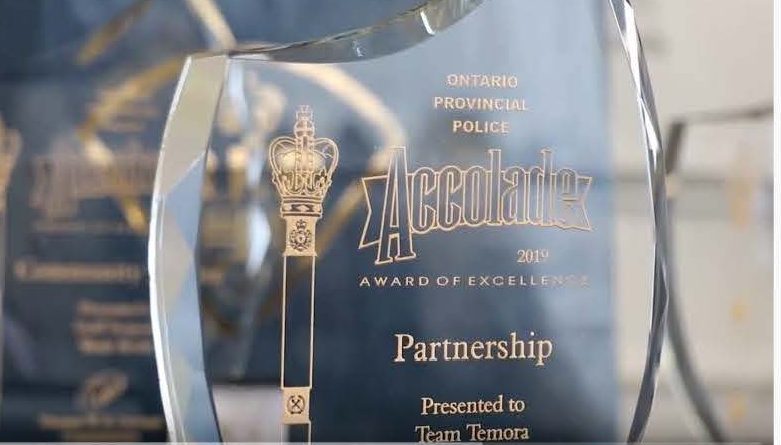 OPP Accolade Awards are presented each year to OPP uniform, civilian and auxiliary members who have distinguished themselves with their outstanding service.

These members are nominated by their peers or supervisors, and the winners (comprised of individuals and teams) are selected by a panel of reviewers from various ranks.

Awards are issued in 12 categories, including Community Service, Investigations, Partnerships and Team Achievement. In cases where a winning team includes members from another law enforcement agency, those individuals are also included in the award.

The OPP has a long tradition of honouring its uniform, civilian and auxiliary members for their outstanding achievements via the Accolade Awards and other awards programs.

A video montage of highlights from the recent OPP Accolade Awards ceremony is available at https://www.youtube.com/watch?v=U5MxjpZrsrM.