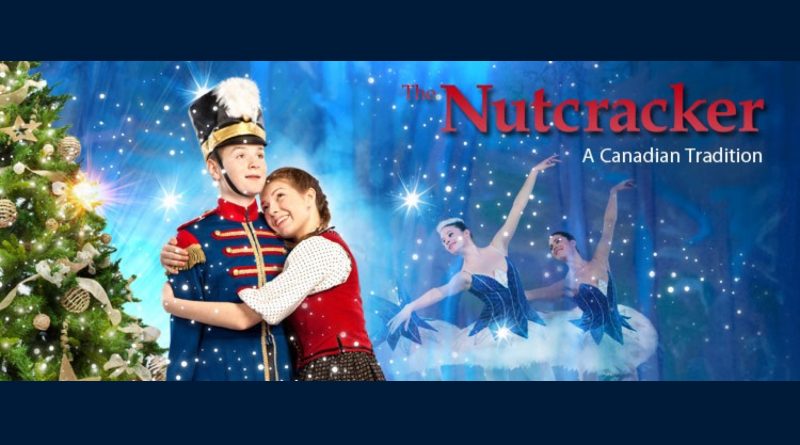 For well over a century of holiday seasons, ballet companies all over the world have been performing The Nutcracker.

So much so that the tradition of attending such a performance with family is as constant for some as trimming the Christmas tree or putting out cookies for Santa.

While many might be tempted to make the arduous trek downtown during the holidays to see it, the Flato Markham Theatre is, once again, bringing this seasonal tradition a whole lot closer.

Acclaimed choreographer and artistic director Bengt Jörgen, who’s brand new piece based on Anne of Green Gables premiered in Markham this fall, created this version of The Nutcracker with both tradition and magic in mind.

“My grandmother used to take me to The Nutcracker when I was little, and the experience still stays with me,” Nutcracker dancer Heather Lumsden-Ruegg says. “Seeing live performance is always a unique experience that brings people together and creates memories, especially when it becomes a tradition.”

This more-than-a-century old tradition dates back to Russia in 1892. Ballet legend Marius Petipa set E.T.A. Hoffman’s story, The Nutcracker and the Mouse King, to original music by his contemporary, Pyotr Ilyich Tchaikovsky. That original choreography is lost to time but the music and the story remain.

“I think everyone has different expectations when going to see The Nutcracker,” says Lumsden-Ruegg. “ It’s nice to offer a version that is Canadian while carrying the traditional story arc.

Jörgen’s take on the piece draws modern visual inspiration from the renowned McMichael Canadian Art Collection but keeps both the music and the story in place, despite other choreographers changing the story liberally.

The result is a production that features a uniquely Canadian take. In addition to well over 100 costumes in richly coloured fabrics, 20th Century landscapes make up the stunning 30-foot backdrops, including Franklin Carmichael’s Church and Houses at Bisset (1931), Tom Thompson’s Snow in the Woods (1916), and L.L. Fitzgerald’s Trees and Wildflowers (1922).

The way to think of it is Klara’s familiar, magical dream journey but, as she arrives in Canada and experiences winter landscapes filled with snowflakes, lumberjacks, Mounties, and creatures of the woods. Of course, Jörgen’s version has more to offer than just setting.

“Ballet Jörgen’s Nutcracker has really engaging storytelling,” explains Lumsden-Ruegg. “We spend a lot of time and energy on the interactions between characters and even use dramatic coaches to help us create scenes. It brings the characters alive on stage in a way that is sometimes ignored in ballet.”

Of course, the ballet’s second act is remembered for its celebration of varied dances. This version sees,raccoons, loons, dragonflies, and bears demonstrate Klara’s longing for the summer months as she drifts through her dreams. The show’s iconic, pas-de-deux is lovingly danced by Lord and Lady Birch as they usher Klara safely home at the end of the adventure.

“Our audience will feel energized and have smiles on their faces,” says Lumsden-Ruegg, “and they’ll head home with a little bit of extra holiday magic in their hearts.”

Ballet Jörgen’s The Nutcracker: A Canadian Tradition is at The Flato Markham Theatre Dec. 30-31.
Tickets are available online at flatomarkhamtheatre.ca.