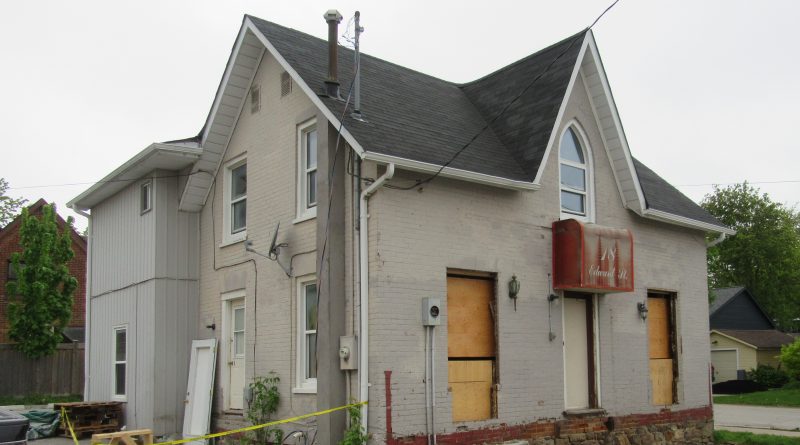 Located on the street since c. 1875, the small Gothic home at 18 Edward St. has a stone foundation and brickwork that reflects the early skill and craftsmanship used to build homes at the time.

The home remained in the Brillinger family from 1905 to 1922. At that time, it was sold to Mary Ann Wright for $2,400 and it was only the north 44 feet of the property. She was 71 years of age and had retired from living on the family farm in Whitchurch Township. Her brother, Thomas, had just died from a broken hip and other complications. She was on her own.

When Wright passed away in 1932, her will was contested by her two nephews, Ernest and Charles Wright. As young boys, their father was killed by being kicked by a horse as he prepared to preach in the states. His name was Rev. James Wright.

The court case for the will was involved with many witnesses and neighbours. Mrs. H.W. Winterstien had known Mary Ann for over 25 years. By her experience with people not right, Wright wasn’t right by a long shot. Wright was known to keep a butcher knife around likely in her pocket. One would think this is a kind of paranoia.

Truman Holden was a good neighbour until after her stroke, and she did not trust him. She even accused him of stealing stuff from her home. Mrs. T. Holden declared “not all there” Miss Wright would water the flowers when it was raining.

George Grimmer stated she would get mad if you didn’t eat her mouldy fruit. She had told him she would not leave money to Faith and Truth Temple.

The other side was Rev. Oliver Crockford who had visited her at home many times. He even drove her to a lawyer to redo her will. The lawyer was Mr. Ritchie solicitor for Faith and Truth Temple. He was smart enough to advise her to get a different lawyer. He was still from the same firm of Ritchie and Keyes.

After the Faith and Truth Temple finally got the home, it was rented for a time and they also used it for meetings. Once the church fell on hard times, the property was sold for taxes of $680, which was a fine deal since it was worth well over $3,000.

Photo: The residence of 18 Edward St. is a home full of mystery.