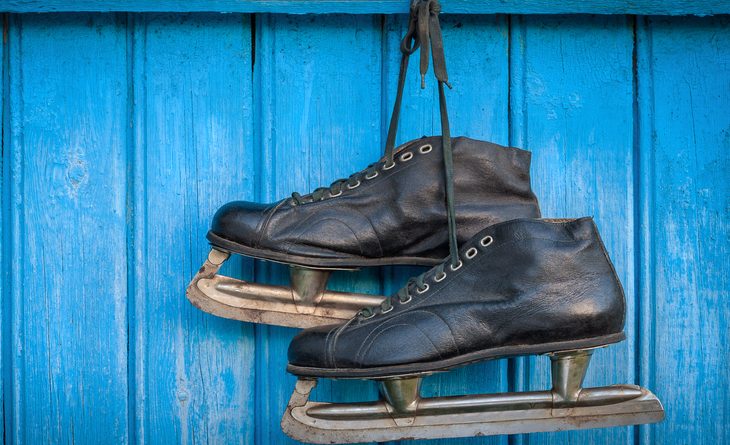 It was interesting to see comments from days gone by. I thought a quick flashback may remind us of some better times. Almost 100 years ago from the Stouffville Pilot a local paper in the Village of Stouffville.

Hockey is now in full swing throughout the province and several O.H.A. matches have already been played. On Tuesday our boys took their first period with Port Perry and bit the ice to the tune of 5 to 12, but it was a good game nevertheless. An evening game was played on the rink here between our boys and the Uxbridge team on Wednesday evening which resulted in a score of 7 to 6 in favour of Stouffville.

Mr. and Mrs. Flavius Reesor pioneers of the Markham district celebrated the 55th Anniversary of their marriage with their four children and 17 grandchildren at their Scarborough townline home to which they came as bride and groom. Mr. Reesor cleared the land of timber and stumps and has always been a farmer.

Among the New Year list of King’s Counsellors just announced is the name of Norman Borins, brother to our creamery man and an old Stouffville boy. We offer out congratulations to the new K.C. and Crown Attorney who has just been chosen to represent the Crown in the murder trial of the four lads charged with the fatal shooting of Meyer Tobias, merchant on Mount Pleasant Road, Toronto. 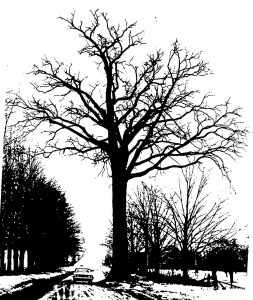 Mongolia – The days of Mongolia’s historic Elm may be numbered, but regardless of its eventual fate, its memory has been preserved for posterity. Two enterprising ladies, Mrs. Reg Rennie and Mrs. Ernest Taylor have had a photo of the once stately tree engraved on a plate. The inscription reads – Mongolia’s Historic Elm Tree -1970. Located on 18th Avenue, Markham Township is believed to be 200 years old, 84 feet high, 18 feet around and 32 feet to the first branches. During the MacKenzie Rebellion of 1837, troops put their flag on a top branch, and then drove spikes into the trunk so the enemy could not cut it down.

This is interesting as we have designated a special elm at the Lincolnville Station which is still standing in a special location in the south boundary of the new parking lot.

Stouffville – A new master plan for the entire Region of York is all important to the progress of each new municipality forming a part of the region, Mayor Ken Laushway told a crowded council chambers at the inaugural meeting of the new council for the Town of Whitchurch-Stouffville. The mayor told the ratepayers he would press for legislation to allow the Region to purchase and service industrial land with the benefits of such development to be divided among the nine municipalities comprising the Region. The push for the Highway 404 corridor to become better serviced still rings in the ratepayers ears. The Region still has to pressure the Province to make the necessary changes to allow the tax base to be reduced on the residents.