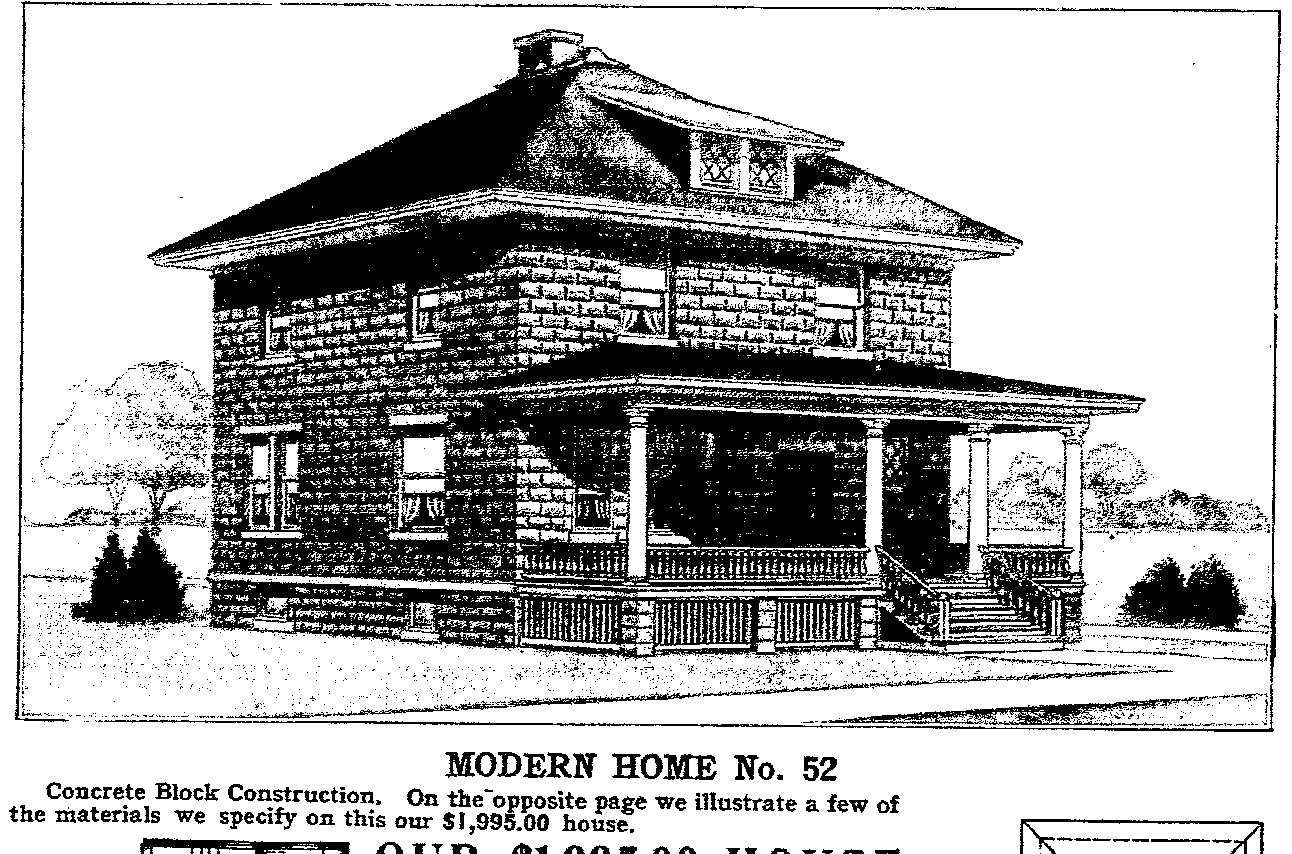 On the east side of Mill St. this solid concrete block home is situated where the old mill pond once was. At the turn of the century, it would have been the last house on Mill St. for the lands north of here were considered flood plain as determined by the local Conservation Authority.

Plan 61 was registered by Margaret Gibney in June 1888, after being surveyed by C. J. Hanning, Esq. The two-story detached residence was built in 1911 by William Bruels for a widow, Mrs. Alexander Stewart. The style is reminiscent of the Sears catalogue homes of the time. The concrete blocks with a textured face are unique to the building materials found in the same neighbourhood. The Sears model number 52 looks very similar except for the long porch across the front. The square design and block work are very close to what you see today.

The Edwardian style home features one-over-one windows on the second floor. The main-floor windows include transom lights, which are a local design feature. Noteworthy are the double concrete columns on the front porch. There is no other house in town with this feature. The quoin corners and central banding are both done with a flat plain block. The headers and sills are also concrete. This would lead one to think it was an early version of a maintenance-free home. The upper porch has wooden columns and handrail, all of which look original, however, the pickets have been upgraded.

The number of families that lived here has changed very little. After the Stewart family, who resided here for 28 years, was son George Stewart who had inherited the property. He sold it three years later to Edward Williams in Nov. 1942 for $3,600.

Edward Williams married Reva Smith on Sept. 13, 1923. They farmed in Pickering and Markham townships before retiring to their Mill St. home in Stouffville. Edward continued to do some market gardening on the 5 ½-acre parcel of land. Reva was an avid sports fan, especially when grandsons Kevin and Keith Acton played games in town. Rather than live alone once her husband died, she lived with daughter Betty (Williams) Acton on Burkholder St. The Williams family lived here for 34 years. The Acton family followed in residence here for the next 17 years.

The fine home is still in excellent condition and shows the transition from old-time Stouffville to the new neighbourhood next on the extended street.