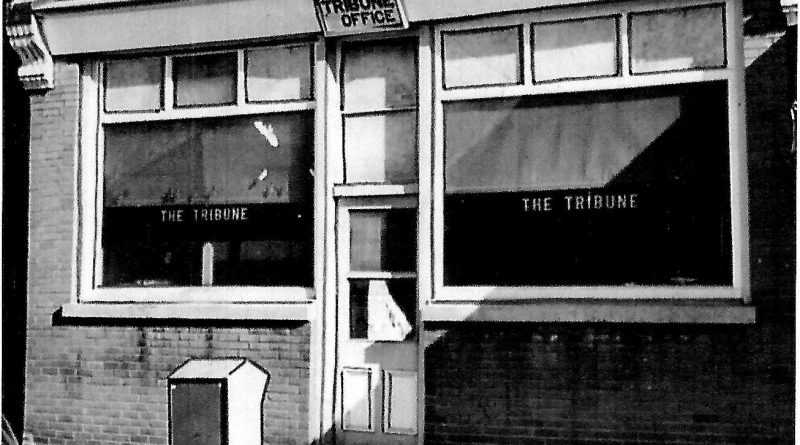 This store front on the north side of Main St. is part of what once was the nucleus of the village centred on the mill of Abraham Stouffer and later of Edward Wheler.

As we dig into the background, we find that was first used by a Nelson E. Smith. Smith was a local auctioneer and harness maker. The first building was used by two businesses, one in a small space on the east side of the building and another in a larger space on the west side.

Smith was born on Jan. 12, 1853 in Bogarttown in the north part of Whitchurch Township. His parents were Frank and Mary Smith. He apprenticed for Salem Eckhardt of Unionville and became a big success. He also had a large patronage. His reputation as an auctioneer was vast, and he was in demand in this region.

At 26 years of age, he married a Stouffville girl named Jane Guthrie. They settled in Ringwood as the family grew they had three girls.

Smith passed away in 1925, the store was taken over by the Stouffville Tribune for a time and was expanded to use the whole space.

The structure is shown as a frame one-story building iron cladding and a brick façade. Next door was the home for Smith. He purchased it for $2,400 in 1903. It was a two-story brick house with a large porch.

In the mid-70s, La Cabinette sold pine furniture there. They lasted a few years and then sold out.

The new design followed the character of Main Street with apartments above the retail space. The new window style was in keeping with a brick segmented arch over each window

Even in the last 30 years, it has gone through many changes. Today, it is Redefine Finds.

For those interested about hearing more about our history, I am doing a walk and talk about past local papers and other companies, as well as reading some historic letters as part of Doors Open Whitchurch-Stouffville at the start of June. The walk starts at 10 a.m. from 19 on the Park.

Photo: 6258 Main St. has gone through many changes. Today it is Redefine Finds. Photo courtesy of Toronto Public Library.