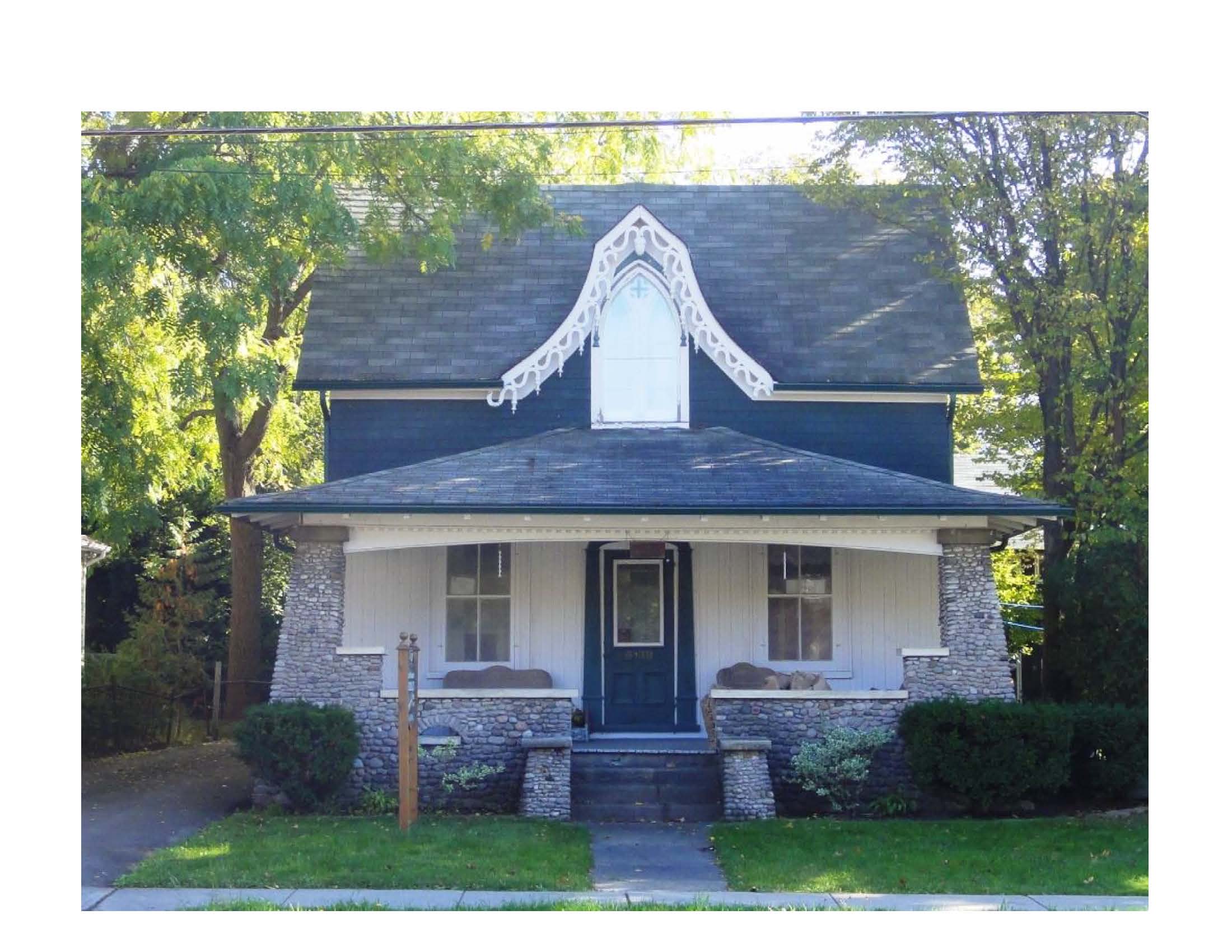 The iconic house at 6139 Main St. is one with a storied past dating back more than 140 years.

Noted in official records as sitting at Lot 4, Plan 321, the house was built in 1873 as a manse for the community’s new Baptist minister, Rev. J.B. Moore.

The unique upper window of the house was old before the house was built and likely came from a former church, according to oral history. This building eventually became the home of Ludwig C. Wideman in Dec. 1880, who purchased it from Moore.

Wideman was a monument maker who had previously had a shop and home in Ringwood.  He was married to Matilda Bartholomew (also from Ringwood). Named after his grandfather, Ludwig, who had fought for MacKenzie in the 1837 rebellion. Wideman Sr. was the only person shot dead in the rebellion and is buried in Dickson Hill Cemetery.

The shop in Ringwood went through many generations. Ludwig Sr. and his son Philip took over when dad died. Philip ran the shop from 1837 till his death in 1895. This was when Ludwig C. Wideman took over. He made the move to town in 1883 for the business. The marble shop on Main St. is the oldest business in the downtown core. Many stones in the cemeteries surrounding Stouffville have “L.C. Wideman, monument maker” noted on them.

This home has a very special facia in an ornate gingerbread style. The trim ties together the Gothic design theme from the original design style of the home. The icicles were part of the much more elaborate trim that was included on the original front porch.  The special shape of the roof with a hipped dormer is called a double gambrel roof. The trim gives the front of the house a unique look. Even the upper window which is unique called a “quatrefoil” ties to the Gothic period.

The simple footprint of the home was changed in the late 1920s. A cobblestone porch was added by Jacob Jennings, the porch doctor. Even the arched vent holes in the stone are a mark of the unique workmanship. The walls are capped off with marble slabs rather than concrete. It is the only one with marble in town. This new porch style reflects the arts and craft design with the natural materials and open rafters in the eaves of the porch.

A rear addition was likely added in about 1929. The reason may have been a house full of adult children. Cora lived until 1951, having been a teacher at Stouffville School (Summitview) for 16 years. She also enjoyed the Stouffville Horticultural Society and the United Church Women’s Association. Bart died in Jan. 1938 at 54.

Lorna, the last of the Wideman family, carried on until she drew her last breath on March 3, 1962 in the Brierbush Hospital. Lorna was 79 years old. She bequeathed $1,000 to the Stouffville Cemetery on her death.