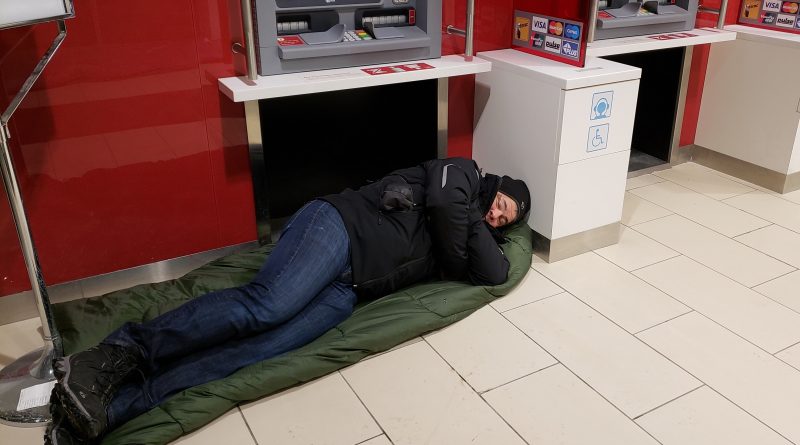 So, what’s it like to be a homeless youth in York?

Good question. To most, the idea there are homeless, at-risk youth in the midst of the wealthy ‘905’ is surprising. But 360 Kids, an organization designed to take a “comprehensive approach to assisting at-risk youth and surrounding them with care” is trying to draw attention to the issue and find ways to develop and fund the programs and shelters that more than 3,400 youth depend on each year. That includes the 300-plus youth every night who are without a safe bed.

While the programs include counselling, employment services and after-school services, they also address nuts-and-bolts issues like youth residences, working with faith groups and other community organizations to offer winter shelters and even a Nightstop program that provides for spare rooms in a vetted, safe home for a youth in an emergency to stay in, rather than couch surf in sometimes dubious environments.

One initiative 360 Kids has developed is the annual 360 Experience or Night on the Streets fundraiser where community leaders spend an evening on the streets to learn what these youth face and raise money to ensure they don’t have to. This year’s event happened last week on a very cold winter night.

Doug Jones, a Markham resident and CIBC Capital Markets Trading executive director, is a 360 Kids director. He took up the challenge this year. With no more than a bus ticket and a few dollars allowed, Jones was thrown into a minus-12 degree night to fend for himself. The Tim Horton’s outlet that let him and a few others hang out for awhile was a welcome break and riding the bus until they stopped running at 2 a.m. kept him warm for a while. But then it was him and his feet, walking to keep warm and find a place to sleep.

That turned out to be a heated CIBC bank lobby by the ATMs.

“I woke up when someone came in to get some cash out of the machine,” he says of his rude awakening. “I eventually found my way over to the 360 Kids drop-in centre and had breakfast.  How do kids do this every day? How is a kid expected to go to school, find shelter, food and clothing when they have to suffer through this every night? It’s no wonder it takes both a physical and mental toll. We are very fortunate for what we have.”

Jones says he will do it again next year so others don’t have to.

This year, the event has raised more than $128,000. If you want to donate to the 360 Experience effort, you still can do so by clicking here or visit 360kids.ca to find out more about the work they do.

Photo: 360 Kids director Doug Jones learns what it’s like to be homeless for a night, catching a couple of ours sleep in his “bed” at a CIBC ATM.